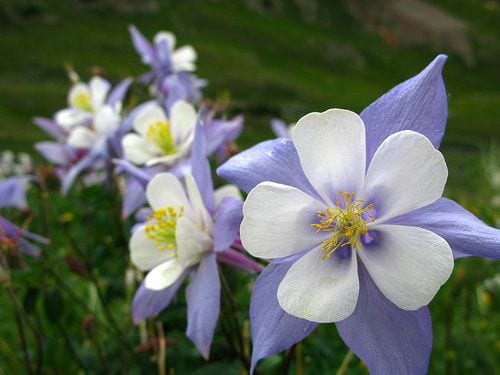 Colorado is a state located in the western mountain region of the United States. The state’s capital is Denver, which is also considered the largest city in the Colorado state.

River Colorado is the source of the State’s name. Spanish explorers earlier named this river Rio Colorado, which translates to the Red River. The name red river came as the river carried sediments red in color from the mountain above.

Initially, the  Colorado territory was set up on 28th February 1861. Later, on 1st August 1876, Colorado state was admitted to the Union as the 38th state of the United States. The admission of the state happened after the United States President – Ulysses.S.Grant signed Proclamation 230, making it an official state.

Colorado State is a kind in its nature, geographical set-up, and interesting history of its making with its diverse geography and the unique state symbols. These state symbols include Colorado state flower, state amphibian, state motto, state fish, and many more.

I hope you have fun reading the unique facts about Colorado state flowers and Colorado itself.

All About The Astonishing Colorado State Flower!

In the mountain regions of the state grows the famous Colorado state flower. It is known as Rocky Mountain Columbine or Columbine Aquilegia Caerulea. This beautiful flowering plant is native to rocky mountains from Montana to New Mexico.

The scientific name of the Colorado state flower is Aquilegia Coerulea, and it belongs to:

The Rocky Mountain Columbine is quite symbolic through its appearance. It symbolizes the Colorado State and its uniqueness with its color variation.

The blue petals of the flower are referred to as the clear blue sky of the States, whereas the white buttercups like petals represent the snow-capped mountains that are seen in winter. The yellow stamen at the center describes the State’s gold mine history.

This flowering plant grows mostly in the moist atmosphere in the rich and rocky soil with the support of light sun rays. As it is a perennial plant, it only lasts for a few years, that is, 4-5 years, but the experience of viewing each bloom of the flower is a delight.

The peak bloom time for the Rocky Mountain Columbine is from May to June. Therefore, the people hiking during the spring and summertime can see and experience the amazing columbine.

The butterflies, bumblebees, hummingbirds, native bees, and many more birds and insects are attracted to the columbine’s sweet nectar. In exchange for this nectar, the birds act as a pollinator to the Colorado state flower.

The cultivation of this plant is a straightforward process as the requirements of the plant are limited. These plants can co-occur and can be very different in color from their mother plant.

The Columbine is also used as an ornamental plant in gardens. There are variations of the Aquilegia genus. Due to this, the color of the flowers also varies from pale blue and white to pale yellow and pink.

A. History Of Colorado State Flower

Rocky Mountain Columbine is one of the unique flowering plants found in the Colorado state.

The story of the discovery of Columbine dates back to 1820. Edwin James – the mountain climber, discovered the white and lavender columbine on Pike’s Peak.

The columbine became the official state flower on April 4, 1899, by the student’s vote and lawmakers’ decision. The purpose of this decision was to save the most beautiful flower from the verge of extinction.

These laws came to effect in 1925 when the General Assembly made the decision. The decision was made to realize citizens’ role and duty in protecting these rare species from needless destruction or waste.

3. The scientific name of columbine is Aquilegia Coerulea; it is also called Columbine Aquilegia Caerulea. This biological name is given by famous biologist Linneaus.

Based on the Latin translation of the word Aquilegia Coerulae, it is observed to have different meanings.

4. The Columbine’s name is also derived from the Latin word Columba which translates to Dove. This can be a befitting name for the graceful, long-spurred flower.

6. The most amazing fact about Colorado State Flower is that school children elected it. With the maximum votes of school children, the Rocky Mountain Columbine was elected as a state flower based on its beauty.

8. Colorado state flower that is columbine, can also be used as an herbal remedy. This remedy helps us to treat diseases from fever to heart pain. The Native Americans used this natural remedy of columbine before we knew its miraculous benefits.

9. There are 70 species of Columbine worldwide, and interestingly, most of them are found in America. America is native to 1/3rd of the columbines out of 70 species.

10. Aquilegia Coerulea has gained the Award of Garden Merit from the Royal Horticulture Society of London, United Kingdoms.

C. More About the Colorado State

The state has many symbols related to various categories, which represents the diversity of the state. The symbols are:

Because of the State’s diverse geography, the slogan of the state is kept as Colorful Colorado.

Another unique fact about Colorado state is that it also has a nickname for itself. First of all, the nickname of Colorado State is Centennial State. The reason behind it is that the Colorado state became a state after one century of the Declaration of Independence by the United States.

Colorado State is also famous for spring hiking and winter activities. As there is diversity in nature, you can experience all the adventures in Colorado. Not only adventures but you can also come here to calm the mind and relax.

The unique state of Colorado and its unique symbols make us realize that everything is important. Colorful Colorado not only preserves its marvelous beauty but also depicts different aspects of the state. That is, from hiking to other adventurous as well as soothing activities.

This article briefly explains the facts about the Colorado state flower and its uniqueness. If you go hiking in the springtime in Colorado, do keep an eye on the route for the amazing columbine flower. Watching this beautiful flower can mesmerize you and bring delight to your eyes.

Hopefully, this article about the amazing Colorado state flower gave you information regarding the various facts related to this flower. Not only facts but also rules to keep the flowers out of the verge of extinction.

The government’s thoughtful thinking and the duties performed by the citizens is a remarkable example of paying attention to the environment and preserve it. Enjoy the wonders of nature, all the while protecting them from any harm. Go green!!

101 Guide to the Winchester Mystery House