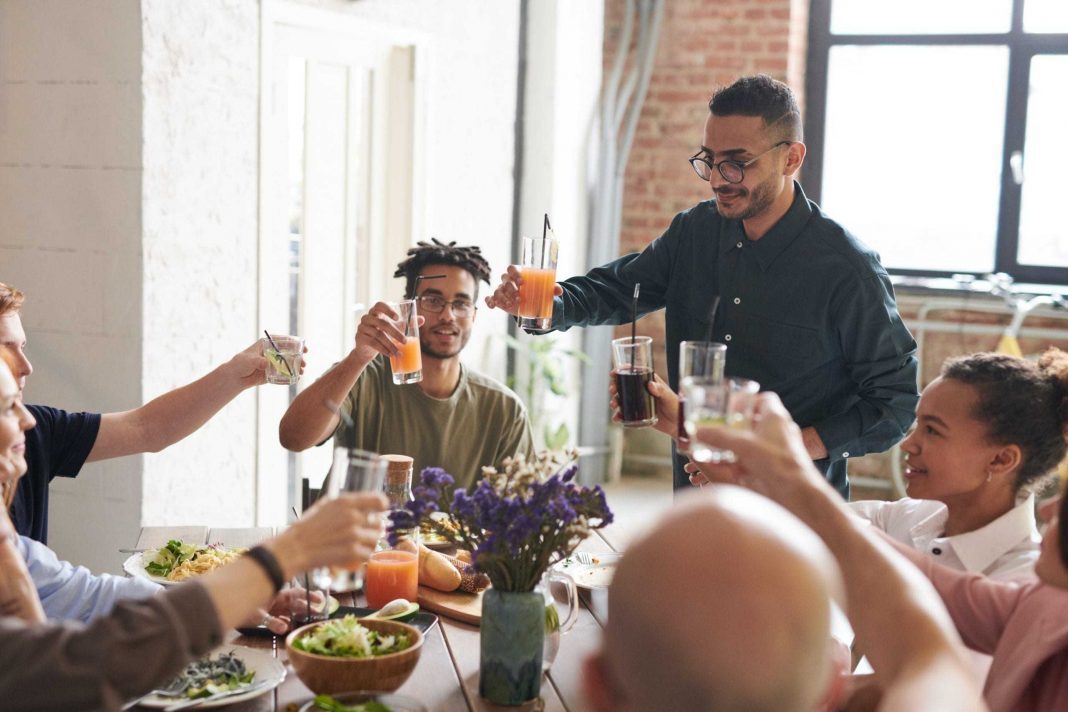 Southern Hospitality is a term that expresses its meaning in itself. It might not be a tangible thing, but it runs in the blood of southerners. It is not something that a person usually does, but it is something you should do in a certain way.

In simple words, southern hospitality is a feeling of treating people in a best-welcomed way. It is a way of life where people treat other human beings, be it a guest or a long-lost friend or a stranger, most respectably and kindly.

Plus, in Southern America, southern hospitality is not a choice; it is an institution. Therefore, all must follow that.

Hospitality associated with Southern America is present for over two centuries. But the origin of this trait yet seems to be unclear. However, many historians have offered various explanations on the source of the southern hospitality trait.

2. Used in a Strategic Way

3. Used to Portray Power and Wealth

Southern hospitality, in historical times, was even a medium to portray the power and wealth of the reputed families. The glory and elegance of the plantation homes were a delight for people to watch and visit.

Along with the glory of the plantation house, it even showcased all the luxuries from all around the world. Southern hospitality was that medium for plantation homes to make people aware of their wealth, standard, and welcoming nature.

Though the concept of southern hospitality is awe-inspiring, it is all based on the ways and methods to welcome guests and other people and treat them, never to forget.

But it even led to the dependence on the exploitation of slave labor. At the end of the day, it was the slaves who did all the workings and arrangements. Therefore, the concept of southern hospitality even led to the expansion and promotion of the slavery concept.

5. Resulted in Exploitation of Slave Labor

In the wake of competition to showcase who is better at southern hospitality, the rich, wealthy, and prestigious people forgot that the slaves were also human beings. This practice even led to the exploitation of the slaves.

The slaves were exploited to their last breath and were considered robots, not humans. However, some households remembered that slaves are also living beings and have emotions. But the maximum families in that era treated the slave brutally.

In the present times, we see that the meaning of southern hospitality has come a long way. However, it is still considered an obligation to follow if you belong to Southern America. But still, it is now a more respectable code of honor for the southerners.

It is now a form of practice to treat people in the most respectable and honorable way. Be it neighbors, relatives, and even strangers, yes, you read right; even strangers are welcomed and respected.

For more facts and methods about southern hospitality, do click here!

The six major qualities of southern hospitality according to the modern-day which are listed below:

In the south a there is no difference between a family member and a guest. Even a very famous saying that all the strangers are our friends we have to meet them. The southerners spread this kindness to every person they know or strangers.

If southerners are known for anything, it is their politeness. We know that it isn’t easy to believe that politeness is still a thing in the modern world. But in the south, yes, it is! The children here learn to speak “yes ma’am,” “okay sir,” and “I am sorry” before they learn to speak any other counting or alphabets.

There is nothing wrong if we inculcate the habit of speaking politely with others in our life. It not only makes us better people but also better role models for our younger generations.

We know that words hurt a person more than any physical pain, and they are impossible to forgive. So why be rude? Just be polite, and you will win every person’s heart no matter what you do or how you do.

Here in the south, hospitality is the other important and major pillar of southern hospitality. What is a southern home without perfect hospitality? In the southern culture, people welcome guests in their homes with full respect and honor. They provided the most comfortable hospitality which the household possesses.

What can beat incredible home-cooked food? Nothing is always the answer. They serve home-cooked food here, which exceeds the food ordered from all the other fancy restaurants. The food items like peach cobbler, hummingbird cake, and whatnot will make your mouth water just after hearing about it.

Here you do not have to worry about washing your dishes; people in the south would do that for their guests. They carry immense pleasure to treat you like royalty for the time you spend in their home.

Having a nature to help others is just like a perfect combination when you are polite and kind, and with this, southern hospitality is talk of honor.

They feel immensely proud of helping others. Be it helping with the navigation or guests assisting in washing dishes, and southerners would never let you down.

Even the neighbors here feel immensely proud in lending a helping hand to the people. If you require anything in Southern America, you do not have to worry. Their people do not even think twice to help the needy. This quality is a must for people to make this world a better place to live.

Charm is a gifted quality of the southern people that work as a cherry on the cake in southern hospitality. They have got every quality which a perfect person should have in themselves. They are always cooperative, even when they are in the post office.

The more admirable quality is that they never let their grace down, even in the toughest situations. They take their pleasantries very seriously, and they always hate saying goodbye to guests, which increases their charm.

The biggest and the most honorable trait of southern people is that they never take their hand back in serving others. This trait in them makes the southern hospitality more special and respectful. Here they do not have the habit of doing favors as an obligation or expecting anything to get in return.

They believe in doing it out of courtesy and self-satisfaction, and kindness for others. They even do it out of their regular habit and hope that they get the honor to serve you again and again.

One thing is for sure, and through the ages, southern hospitality has evolved. It has come a long way from a conservative and hypocritical institution to becoming a social and welcoming institution.

How to Make Cold Brew Coffee

11 Amazing Things to do in San Francisco

6 Best Places to Elope In Texas: Check Them Out Here!