‘Hans Christian Andersen stories’ have an inevitable place in the history of the most famous fairy tales. This astounding creator started his writings in the 1820s. Like many notable writers Andersen also went through bitter occurrences in life, which helped him producing quality writing.

Those who might not be familiar with Andersen’s name must have gone through his classics in some other forms like bedtime stories, animated films, or movies.

Disney adapted works like Frozen, Thumbelina, or The Ugly Duckling have become more popular than the real Andersen stories.

Here Are Some Films Based on Hans Christian Andersen Stories

History has witnessed man’s failure to appreciate talents at the right moment many times. The same happened with Hans Christian Andersen stories when he started writing fairy stories.

As per investigators in literature, he had to lead a complicated life with turns and twists like some dramas.
Andersen was born in Denmark in 1805.

He had to suffer hardships throughout his life. On August 4, 1875, he died in Copenhagen due to an injury that had made him bedridden for two years. Like other talented writers, Hans Christian Andersen also was sensitive to matters, especially to criticism.

Unfortunately, he was misunderstood in his own native place – Denmark. He was mercilessly and heartlessly criticized by the Dane critics. They were apathetic to him.

1. The Wind in the Willows by Kenneth Grahame
2. Winnie the Pooh by A. A. Milne
3. The Snow Queen

Still and all readers can’t expect a happy ending in most of Hans Christian Andersen stories. In many contexts, one can watch dejection, misery, or desolation in his works, just like Thumbelina’s torturous experiences throughout her life or The Ugly Ducklings’ unpretentious childhood.

Some of Hans Christian Andersen stories were even turned into songs as well.

Some of his immortal Christmas tales are

The Little Match Girl,
The Snow Man
The Fir Tree and
The Snow Queen.

According to critics, Hans Christian Andersen stories might have been given some personal touch. Especially in the downcast stories.

Andersen was a natural writer. He broke orthodox concepts about writings. He used those idioms and phrases which were used in spoken language in his writings. His travelogues were received with wide acclaims as he was a penetrating traveler and a man with distinguished style.

Here Are Some Stories Of Hans Christian Andersen

This simple story, published in 1837, discusses narcissism and societal rebuff. The title has become an idiom. The tale inspired people all over the world and was adapted in multilingual films and other media.

“The most beautiful things in the world are free.” But one should open his inner eyes to cherish them. One should appreciate nature and natural things. The story The Nightingale is all about man’s greed and selfishness.

The Ugly Duckling is all about self-transformation. Some critics consider it as a selfhood story. It is one of his most popular stories and was republished all over the world.

It is the victory of good over evil and love and redemption. This fairy tale was a source of inspiration for many operas, theatrical films, television series, and many video games.

Disney’s adaption made this story more popular. It has many other adaptations, such as the opera ‘Rusalka’ and the animated film ‘Ponyo.’ Disney ended the story with a happy ending though Andersen’s climax was different.

This story can be categorized under science fiction. He introduced some technical inventions in this story.

This is also one of the darkest Andersen fairy tales. The wicked prince was able to capture all the kings and countries. But his desire to conquer Heaven taught him a lesson.

This is one of his heart touching stories. It is a story of bravery and selflessness. Disney animated film Fantasia 2000 is an adaptation of The Tin Soldier.

Disney changed the real storyline in the animated film.

The Tinderbox is a story quite similar to Aladdin and his Wonderful Lamp from the ‘Arabian Nights’ written by this Danish author.

Though Danish critics did not favor this story for not following traditional ways, this story has a positive ending. It was the subject of the first Danish animated feature film in 1946.

9. The Princess and the Pea

This story also was rejected by Danes for its unorthodox style. But it has all those qualities to capture the readers. Children can find this fairy tale interesting. This is one of the short stories of a prince who wants to marry a princess.

It is one of the shortest bedtime stories.

It is another example of Andersen’s love for Arabian Nights. In 1993 Tivoli Gardens in Copenhagen organized an amusement ride based on this story. The musical adaptation of this tale won the National Youth Arts Award in 2014.

This is an evergreen Andersen fairy tale. Like most of Andersen’s fairy tales, loneliness is the theme of this story.

The Red Shoes is a little bit different from the typical bedtime stories for children. It may not be a pleasant story for little ones. It is one of the darkest Andersen fairy tales.

This Andersen fairy tale tells about a girl who is cursed to dance. It is the story of her repentance. 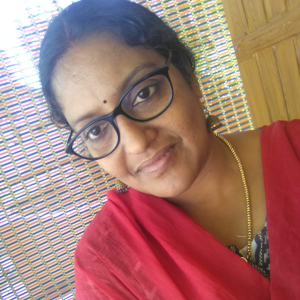