There are many poisonous spiders in Florida. Spiders are eight-legged arthropods, which make webs by their extruding silk and scares the living hell out of many people. While all of them can bite you at any given moment, but only some of them can be deadly enough.

Below are different types of poisonous spiders in Florida. A few of them, such as the Golden Orb spider, is a mildly venomous spider and gives very painful bites, but their venom is very weak to be dangerous to human lives.

But, these spiders may cause allergic reactions in very rare cases.

What Are the Most Poisonous Spiders in Florida?

You can reduce the spider’s chances of biting you by knowing the places where you can find these spiders easily—taking suitable precautions, like wearing gloves when you’re going to the areas whether the spiders are hiding or not.

You can also find both types of spiders in your residence in the old clothing you have just stored and haven’t worn for a long time.

The most poisonous spiders in Florida are all the Widow spiders except the Northern Black Widow, which breeds year-round. If a spider bites someone, they should rub alcohol solution on the area wounded.

Widow spider is of four kinds that you will find in Florida,

A female widow has a shiny, jet black body and a bright red color design just under their gut, shaped like an hourglass.

The female widow is the most poisonous spider in Florida among the two genders, as it has a big venom sac.

Widow spiders are solitary and build irregular webs tangled with three-dimensional webs, and these spiders rest during the daytime in the web.

Widows spiders will often hang themselves upside down nearby to the center of the web, until and unless they detect an insect getting caught, then they will run over and just bite the insect by covering it in silk.

Widow spiders are generally scared and always try to escape from human beings if they feel frightened. These spiders often only bite, typically when a female widow spider protects eggs or mostly when they get squeezed.

It will happen if someone puts on a very old glove or shoe and a Widow spider inside. To lower the risk of their bites, you have to remove out old clothing before you wear them on and wear gloves when you’re working outdoors or in garages.

These are the largest species of poisonous spiders in Florida. They have shiny black bodies and have an hourglass shape design under their gut. The southern black widows are commonly found in the outdoors in protected places, like under rocks and boards, and in or around old buildings.

The bite of the Southern Black Widow and other widow spiders usually feels just easy, like a pinprick. The initial pain disappears quickly by leaving a local swelling and two small red marks on the body.

People will have muscular cramps in the shoulder, thigh, and back, usually begin just within 15 minutes to three hours. In very severe cases, the pain spreads to our gut by raising the blood pressure, and there is also nausea, sweating, and breathing difficulty.

Death may occur in the victim’s physical condition, age, and where the spider has bitten.

The Northern Black Widows have the same common appearance as the Southern Black Widows, but they have two red triangles that resemble an hourglass and have a row of red spots on top of the gut.

You can found the northern species of spiders in the west of Tallahassee, especially in the forests; they have their webs of around three to 20 feet just above the ground.

These are the species that have a black abdomen and reddish-orange head, with thorax and legs. The upper part of the abdomen generally has a row of red spots with yellow borders.

These spiders lack a complete hourglass below their abdomen, and it has one or two small red marks. The red widow builds up its web in palmettos, and you can found it in sand-pine scrub in central and southeast Florida.

These widow spiders differ from very light gray to light brown to even black color. Their abdomen has markings of black, white, red, and yellow hue. Their gut has an orange or yellow hourglass shape.

The brown widow poisonous spiders found in Florida are often found south of Daytona Beach along the coastline. They usually make their web on buildings in very well-lighted places.

Symptoms of A Widow Spider Bite

These symptoms ordinarily begin between one and three hours after the spider has a bit.

Recluse spiders, also identified as violin spiders, brown spiders, fiddle-back spiders, or reapers. You can found these spiders in hotter and tropical climates. They are usually between 6–12mm in size and are brownish, often with a darker, violin-shaped marking on their back.

The mark gives the spider its “violin” and “fiddle-back” names, but there are other spider types with similar-looking markings.

The safest way to tell if a spider is a recluse is by its eyes, as the Recluse has six eyes set in pairs.

Recluse spiders are not indigenous to Florida, but you can found individual spiders from three different species of Recluse.

The outcomes of a bite can vary greatly in intensity, from virtually no development up to death. You can receive a Recluse bite when you put on an item of clothing that hasn’t been worn for a long time with a spider insider or reach into a place where a spider is hiding.

The brown recluse spider is the size of an American penny. A Brown Recluse Spider bite gives a pack of venomous bites, making you reach a hospital.

But, this poisonous spider is not native to Florida and is only occasionally found in the state.

You can recognize them by a distinctive dark violin-shaped mark located on the head and thorax. A Brown Recluse Spider of medium size is about 1/4 inches to 1/2 inches long. They have a light tan to deep reddish-brown color.

You can find these spiders in the sheds, garages, areas of our homes that are not used and contain a supply of insects to serve them as food. They mostly hide in places that include the arms and legs of a left hanging garment hanging for a long time or under beds.

The Brown Recluse Spider bites will generally do not sense much pain for two to three hours. A blister pops out at the bite area after few hours even the tissue dies by leaving an open sore.

Symptoms Of A Recluse Spider Bite

Early symptoms of a recluse bite usually begin between two and six hours after the bite and include blistering, intense pain, and swelling. In serious cases, the blistering can develop into an open sore, known as a “necrotic skin lesion,” or have systemic effects on vital organs.

A brown recluse closes up. Note that, unlike most spiders, the Recluse has three pairs of eyes. The spider has several nicknames, including fiddle-back spider, brown fiddler, and the violin spider. Small in size, the spider is highly venomous.

The Most Poisonous Spiders In Florida

You can find more information about other different types of Florida spiders here.

So above were the five most poisonous spiders in Florida. Some of them look very captivated and have amazing features on their body, yet they are quite fatal in many cases. 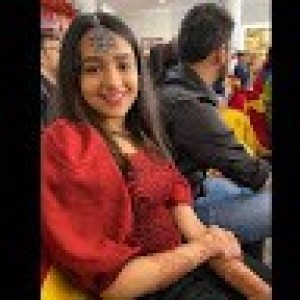