How fast can sharks swim? This notion might occur to you while peacefully watching a shark movie or frantically while swimming or scuba diving, and you think you see a fin around you.

You might be concerned about whether the shark can outrun your boat if you’re fishing.

Sharks, like lions and tigers on land, are designed for short bursts of speed when they attack their prey.

They must be able to swim quickly enough to follow their prey for a short distance before making the fatal lunge.

1. How Fast can Sharks Swim?

Sharks are the top predators in the seas and oceans; to catch their prey and kill it for food, they must travel great distances.

Although the speed of sharks varies depending on the species, they are the quickest swimmers in the ocean.

Because they are apex hunters, they swim gracefully in the ocean alone despite their speed and kind of species because they know that few other marine animals can hurt them.

If you’re considering holding a shark swimming competition, you need first be aware of their pace! To determine the top speed of these ocean brutes, let’s drive across the shark empire!

2. Swimming Speed of the Average Shark

The top speed of a shark is often around five mph (miles per hour) or eight kph; this is comparable to the Olympic record-setting swimmer.

You might triumph over them in a tournament with good swimming skills! Sharks can swim up to 50 kph (31 mph). However, some are fast swimmers.

However, they are typically observed swimming around the ocean at a speed of 1.5 mph or 2.4 kph. Sharks can swim at a velocity of 12 mph or 20 kph when pursuing prey, comparable to the rate at which a person would run on land.

Sharks use various hunting techniques to pursue their prey; these techniques are similar to those used by land animals like lions, tigers, cheetahs, and snakes. Sharks wait for their game to appear before swooping in to catch it.

If diverse shark species competed in a race, the shortfin mako shark would prevail.

The Shortfin Mako Shark is the cheetah of predatory fish. Although some accounts claim it can achieve speeds of up to 60 mph, this robust and sleek shark is said to have been measured at 31 mph (50 kph) (96.5 kph).

The sailfish and swordfish, which can leap at speeds of more than 60 mph, are two fish that this shark is known to pursue and catch. The mako can also make enormous leaps out of the water that can reach 20 feet (6 meters).

The sharks’ shape and size also matter in this situation; the small, slender species float quickly due to their lightweight, whereas the large, hulking species move relatively slowly.

3. What are the Fastest Species of Shark?

In a shark race, many sharks must swim at exceptionally high speeds to chase their prey. When sharks are in the mood to hunt, their typical rate is between 12 and 20 kph. The world’s fastest shark species have made it onto our shortlist!

Let’s examine the many shark species to identify those with the quickest swimming speeds.

Regarding ocean swimming speed, mako sharks top the list of shark species. Sharks have a peak speed of 50 kph or 31 mph.

The great white shark can attain a top speed of 25 mph (40 kph), but when chasing prey, the Great white shark may reach up to 35 mph (56 kph), which is nine times faster than the typical human swimmer.

The great white, the giant endothermic mackerel shark on our list, can reach these speeds despite having a massive bulk due to its enormous, sturdy fins and solid lunate tail.

According to reports, the third-ranked shark on the list, the bull shark, can travel at a top speed of 25 mph (40.2 kph).

This aggressive requiem shark is just as swift as the blue shark despite being more prominent, bulkier, and having a flatter snout. This is because it has a longer caudal fin.

The great blue shark, also known as a requiem shark, is a dangerous, swift, and agile predator with a body structured like a long torpedo that aids in reaching cruising speeds.

Tiger sharks are big apex predators that use their long fins and upper tails to move through the water quickly despite appearing to swim slowly because of their slight body movements.

4. How do Sharks Swim Fast

When they think of one, most people believe of a shark as being significant, frightening, and hungry. But the reality is much more fascinating than that stereotype would imply.

Sharks are among the quickest underwater swimmers, outpacing certain whales thanks to their fascinating and distinctive traits. To find out how sharks swim so quickly, continue reading!

Sharks have streamlined skeletons consisting of soft cartilage rather than heavy bone, and they have gills.

They have more surface area thanks to their streamlined forms and broad fins, making them easier to move through the water.

Additionally, they have warm blood, which makes them faster than fish with colder blood.

Most shark species can keep their bodies up to 20 degrees warmer than the surrounding water, allowing them to travel at higher speeds without being too hot.

Sharks do, however, have potent tails, streamlined bodies, and loose, flexible skin.

They are some of the quickest swimmers in nature, but it’s not just genetics. Sharks have another secret weapon: they never grow tired!

Sharks direct more energy to their fins as they swim faster than other animals exert more effort. It may sound magical, but the reason is an extraordinary muscle called a myomere.

How fast can sharks swim? Because some of these enormous animals have bodies built to enhance their speed, these sharks on our list demonstrate that there are situations in which an animal’s size does not influence its speed.

This capacity makes them robust and frightful hunters of their prey. Given their incredible speed, it is no mystery why these sharks are regarded as the best hunters in the ocean.

Shark species differ from one another in terms of their speed. On average, sharks travel at a pace of 5 mph or eight kph while meandering at 1.5 mph or 2.4 kph in the ocean.

However, the speed automatically rises when pursuing prey; the fastest shark species can swim at a rate of 31 mph (or 50 kph).

To sum up, sharks can swim quickly, catch up to, overwhelm, and kill their prey by suddenly accelerating and exerting force.

They can target an assault on their prey quickly and effectively because they have excellent control over the position and movements of their bodies. 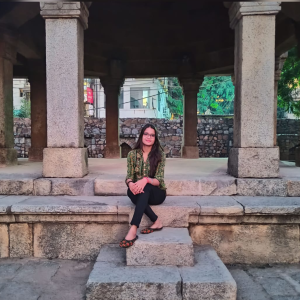 I am self-motivated and willing to go above and beyond on any project to bring the best out of my skills. I know what it takes to be a successful article marketer and a competent writer.

15 Most Amazing Things To Do in San Jose: Visit Teal Town of California

Why Sex Life Shouldn’t Be a Taboo Topic

Your sex life doesn’t have to be a taboo topic. Unfortunately though, for many people it

How To Responsibly Enjoy Gambling And Stay Safe

People have been enjoying gambling activities for centuries. Whether it’s visiting a physical casino or betting

Benefits Of Cbd Oil For Pets