If you are interested in black rat snakes and wants to learn more about them, Here is everything you need in a single place.

Black rat snakes are usually quite easily recognizable over much of their range, barring a second, similar species such as the northern black racer.

Generally black or dark grey color with a wedge-shaped head and large eyes. They have a very long tail segment with a mighty girth. Adult snakes are 8 feet long.

However, both species have dark coloration on their undersides and backs, whereas the black rat snake has a lighter underside, usually patterned with grey or brown over a background of yellow or white. Black rat snakes have keeled scales, each with a longitudinal ridge in the middle, which looks like a keel on a boat.

The captive longevity record for this species is just over 34 years.

Black rat snakes do well in glass aquariums which, ideally, should be a bit longer than the snake itself and as comprehensive as possible.

A reptile-safe disinfectant should be used to swab the cage floor after the snake defecates. For their size alone, black rat snakes have suffered unfair persecution.

If one is seen in the vicinity of a trash dump, abandoned building, or barn, people should leave it alone and even welcome it because it will help to control resident rodent populations.

On the geographic pattern of mitochondrial DNA, Burbrink in 2001 suggested these species be divided into three species. He revived old scientific names and assigned new common words. These are:-

Mostly they prefer rodents, chipmunks, and snakes as their food. It helps to control the resident rodent population. These black rat snakes are skillful hunters of small animals.

They can consume an entire clutch of Mallard eggs. It is observed that these snakes also eat frogs, juvenile rabbits, songbirds, opossums, and bird eggs.

These snakes are also known as good constrictors because they coil around the bodies of prey and break off their ability to breathe by blocking their airways.  Even if they have mighty girth and giant body structures, they are not strong enough to coil around the human body.

Black rat snakes tend to wait for the females and fight with each other to be with them. The male snake wraps its tail around the female with its vents nearly touching.

The sex organ of the male snake is the hemipenis which he everts into the female sex organ called the cloaca. This process lasts for a few minutes to a few hours.  After the mating occurs, they will go in separate ways. They mate in a specific season of the year, around May to late June.

Black rat snakes laid down their eggs around mid to late July. Female ones lay between 5-30 eggs. They are oviparous with a repeating reproductive cycle.

After a certain period of around 60 days, the baby black rat snake hatch from the eggs. These female black rat snakes need a suitable environment to lay their eggs; they choose a pile of vegetation or a rotting log.

6. Survival of the Fittest

These baby black rat snakes are born ready to survive alone. They do not stay together and are loners from birth. Here the theory of “survival of the fittest” is applicable because these young ones try to find food and shelter to survive.

Black rat snakes make sounds like rattlesnakes to trick whatever is threatening them. They produce foul-smelling musk when they are harassed. If they are frightened by anything, they will freeze at that point.

This is the coping mechanism of a black rat snake to survive. They can climb brick walls and tree trunks and swim as well. When they are provoked, they become aggressive.

Even if they are not venomous, they produce foul-smelling when they pick up predators. They create a musk smell that is quite obnoxious.

These snakes generally avoid contact with humans. They are naturally not aggressive, and they do not release venom. These snakes are not strong enough to coil around a human body.

These giant black snakes counterattack large birds of prey. In many cases, birds are also able to kill these.

They are found in Oklahoma and eastern Kansas, west of the Mississippi River, and southern Iowa. Black rat snakes are mainly found in hardwood forests, sea level, highest regions of the Appalachian mountains.

Depending upon the season, black rat snakes are diurnal and nocturnal. In the spring and fall, they move around and sun themselves during the day.

They are more active on summer nights. As the cold weather sets in, black rat snakes gather large numbers and share winter dens with members of their own and other species.

Brumation is similar to hibernation in the colder months but involves a different metabolic process and allows the animal to be primarily asleep but still capable of occasional activity, such as waking up to drink water and being active during the warmer months.

Having a black snake won’t guarantee any other snakes around. The black racer snake in North America occasionally kills and eats other snakes. Sometimes they hibernate with other species of snakes, including copperheads and rattlesnakes. Black rat snakes, however, aren’t known for snake killing.

Just because these are good to have around doesn’t mean you’d want to be bitten by one — any more than you’d like to be bitten by a raccoon, a rat, or a stray dog. Any snake bite, even a nonvenomous one, is likely to be painful and full of bacteria, leading to infection. So we should treat all of them respectfully, keep our distance, and avoid being bitten.

11.3 They Mate With Copperheads

Some think these reptiles breed with copperheads to create a venomous black snake, a myth. Their babies have colored markings that are easily mistaken for copperhead markings, but as they grow, they fade to black.

Check out another article by us here. 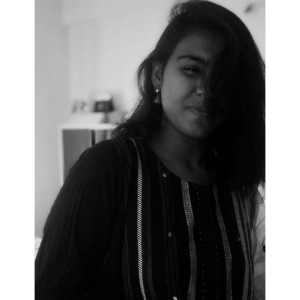