What is fall without festivals? Apart from the breezy weather, changing leaves, and the harvest season, it is also the best time of the year for everyone to grab their shoes and hit the road to indulge in some adventure.

Fall festivals are everyone’s favorite as it is fun-filled with outdoor concerts, delicious food, arts and crafts stores, and a carnival-like atmosphere. Ready to discover the Best Fall Festivals in Alabama? Then delve in!

Boaz harvest festival is among the top fall festivals in Alabama. It is more than just a fest but has been a tradition followed for the past 50 years. This festival is all about the wonderful fall season.

There is also the Miss Harvest Festival Pageant, where a scholarship to Snead State Community College is given as a prize to the winner.

The Boaz harvest festival also includes amazing food delicacies, arts and crafts vendors, cosplay, and so much more to keep us entertained. Even admission is free for this event, so why not take up the opportunity?

When – It is a two-day celebration held annually at Downtown Boaz from 2nd to 3rd October.

There is no fall without Oktoberfest, one of North Alabama’s most popular and anticipated fall festivals every year. Cullman Oktoberfest is all about celebrating German heritage.

Various competitive events are conducted in the multi-day festival like a corn hole tournament, pickle eating, paper airplane contest, best German costume contest, a marathon run for 5k and 10k, and much more.

The festival got more interesting ever since the sale of alcohol was allowed in Cullman, Alabama, in 2011. The guests can enjoy German-style craft beers made by Alabama brewers such as Straight to Ale Brewing and Blue Pants Brewery. Admission is free to the festival.

The Cullman Oktoberfest, which originated in 1982, remains the favorite event for the entire Cullman community. It is a two-day celebration held on October 2nd and 3rd.

WATCH THE VIDEO: THE CULLMAN OKTOBERFEST

Monte Sano Art Festival is a trendy festival compared to the other fall festivals in Alabama. This festival is a traditional event conducted for over two decades and includes more than 150 of the region’s local artists and food trucks.

Even better, it has a live performance of musicians throughout the park. Every year, new artists are invited from everywhere and artists from the previous year also visit the festival.

Monte Sano Art Festival is usually held on the third weekend of September atop Monte Santo mountain. Admission is free except for parking charges.

The main highlight of this fall festival in Alabama is shrimp from the gulf shores. Shrimp is offered in every way imaginable in this fun event.

This four-day event attracts more than 300,000 people as it offers a variety of events like live musicals, artisans, vendors, and guaranteed entertainment all weekend long.

The festival also includes activities for children like face painting, karaoke, and so much more, and even a sand sculpture contest. Admission to this festival is free.

Birmingham Greek Festival is one of the oldest and most anticipated fall festivals in Alabama.

This three-day festival is all about delicious Greek food, culture, and Knowledge in addition to the amazing food, Greek music, live entertainment, dancing, and a warm-spirited atmosphere that welcomes all.

The event offers free admission with separate pricing for food and dining. A guided tour of the cathedral is a must, and the Greek Market Place has imported food, icons, fine jewelry, art, and much more.

Proceedings from the festival usually benefit local mission work and charities, so why not indulge in a good cause?

Birmingham Greek Festival is held from October 8th to 10th.

The festival gives you an amazing opportunity to discuss with expert demonstrators and witness them establish their skills in wood carving, soap making, and wood stove cooking.

The festival also allows you to tour the original cabins built by the early settlers. It also provides you with an opportunity to pay a visit to the apiarist and learn about beekeeping.

One can enjoy the fall festival in Alabama more by making a stop by the side of any streams and listening to live entertainment the whole day.

Homestead Hollow Arts & Crafts Festival also allows you to enjoy great food from the food court, such as barbecue, funnel cakes, ice creams, fries, and so much more!

This festival also has a variety of  Children’s activities such as face painting and wagon riding. Homestead Hollow Arts & Crafts Festival is considered the best fall festival in Alabama for fine arts and crafts and is usually celebrated in September and November.

This particular fall festival in Alabama also has the Guinness world record to its name for holding the largest pot of baked beans at over 1010 gallons. Bucky Butterbean, the festival’s mascot, is also a huge hit among the attendees.

Alabama Butterbean Festival is held annually on the first week of October at Pinson.

To know more about the relationship between peanuts and Alabama, watch:

Athens Storytelling Festival is different from the other fall festivals in Alabama. The event features some of the nation’s best storytellers with their timely, hilarious, poignant, and legendary stories.

The festival also has a wide variety of shops and restaurants so that storytellers can take time in between and go and look for antiques, home goods, hardware, apparel, and other general merchandise. It is a fun family event popular among all.

Alabama cotton festival is one major among the fun-filled fall festivals in Alabama, with various events, including Art and photo contest, a Dog show, a Chicken race, a 5K cotton run, a Cotton queen pageant, an antique car show, a cotton museum, and much more.

Apart from this, the streets are also lined with a wide variety of delicious food and unique apparel. Alabama cotton festival is a family event held every year on the second Saturday in October.

The Athens Storytelling Festival is held from October 20th to 24th in Athens.

Elberta Sausage Festival, usually celebrated on the last weekend of March and October, is another major among Alabama fall festivals.

While the taste of the delicious dogs has changed a little over time, the primary recipe has remained a well-guarded secret since the fest’s inception.

The original secret recipe for Elberta’s famous sausage is credited to Alfred Stucki, who managed Elberta’s Locker Plant from 1953 until he died in 1973.

The event was originally introduced and led by the Volunteer Fire Department of Elberta in 1978; the proceeds of the festival are used to improve both the fire department and the town.

The proceeds from their booth sales and parking lot fees are used to benefit the local non-profits.

Unlike the other fall festivals in Alabama, this unique festival is held two times a year -on the last Saturday of March and October.

​To read more about fall festivals in Alabama, click here.

For everyone looking to spend a fun-filled and adventurous weekend, these festivals are for you; they will surely make your fall a memorable one. So why not pack your bags, gather the family, and get ready to have some fun!

Best Places to Live in Tennessee.

Best Time To Visit Greece: The Greek Festivals Of 4 Seasons 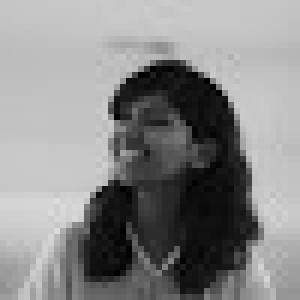 While most US States are known for their diverse and booming economy, some states are more