Breweries are an excellent place to hang out with your loved ones. If by any chance, you plan on visiting Fort Wayne, you must visit the below-mentioned Fort Wayne Breweries.

The Fort Wayne breweries produce different types and styles of ales and beers, and the volume of production depends upon the size of the brewing company, from Nano breweries to huge macro breweries.

The Fort Wayne breweries employ many locals and are a significant source of income for the town.

Some breweries also serve other beverages like cocktails alongside handcrafted beer and ales. Though there are many Fort Wayne breweries, here is a list of the 10 best of them you should visit.

Tom Carpenter founded this Fort Wayne brewery due to his passion for food and wine, and he came up with the idea of ale production. They have a brewery, a taproom, as well as a restaurant.

The brewery is quite aesthetic with an open atmosphere and a brewpub is a great place with friendly staff members who will detail to you the many authentic beer flavors made there to choose your favorite.

They keep developing new flavors with chocolate-roasted coffee, among other things. You can also join a particular club to avail of their special offers exclusively for their club members.

They have a taproom to sit and sip on a cold glass of ale and carry a bottle back home.

Although, they do not serve food at the site but have several food trucks parked outside. They have a proper parking space in case you choose to drive.

This nano-brewery was set up by 5 friends with their fantastic beer recipe.

This is one of the Fort Wayne breweries that serve 30+ taps of unique in-house brews. They also have locally made wines.

You could dine indoors or outdoors on the patio. They have a variety of seating arrangements, from tables and booths to a large custom granite bar. They have several indoor games like pool and darts and live music.

They also have a few other local company brews that are gluten-free. You could try one of their locally made wines as well.

They also serve soft drinks for anyone who is not into drinking and varied menu dinner and brunch menus.

This brewing company is pet friendly, unlike the other Fort Wayne breweries.

They have a separate pet-friendly area on the outdoor patio where you can sit and relax with your furry friend with a glass of their brew. Or you could also dine in at their taproom tables.

They provide a free beer delivery service and have 10 local house beers and 2 local guest taps and have a  15-barrel production micro-brewery and many fun indoor games.

They also serve local hard ciders for those who do not drink and have local wine available.

This brewing company was established in 2015 in the old Korte paper company warehouse by 3 hospitality-loving individuals.

They have the policy to make everything from scratch, and the hard work can be seen in the quality of their craft beer.

They have separate brunch, lunch, and dinner menus if you wish to dine in their dine-in area.

This brewery lets its customers brew their beers to pick their flavor, style, and ingredients and brew their patent beers.

The brewing process takes about 2-3 hours, and then the brew is set aside for fermentation by yeast for up to 2 weeks. After that, you could either keg your brew or bottle it up with a custom label.

This brewery has communal-themed tables with a bar and can seat up to 54 customers and have 10 extra seats. You can host a small party or function at this brewery.

They also have a private dining space to accommodate 24 guests if you plan on having a very intimate party.

They serve a wide range of beers from red ale to IPA American and pilsner – German and so much more. Make sure to give a good read at the beer menu to select your favorite flavor and style of their authentic ale.

Trouble brewing has a dog-friendly outdoor patio that is very pleasant and beautiful. They have a small water fountain on the patio.

This is the only one of the Fort Wayne breweries that make in-house dog snacks, provides water bowls, and gives dog beds for your furry friend to lay and sleep on, making it a very animal-friendly and pet-friendly zone.

The indoor taproom welcomes everyone of all age groups.

They also sell gift cards at the store to all those tourists who might have forgotten to take souvenirs for their loved ones back home.

This brewery uses simple ingredients, namely -water, barley, hops, and yeast, and has a motto to balance the malty hop bitterness while preserving the carbonation, color, and mouthfeel of your beer.

They serve summer beers as well as winter beers. Indulge in their catering services and order from various dishes found on their lunch and dinner menus along with many pizza varieties.

You could grab a can or a pint of some of the best brews of all the other for Wayne breweries here at the Mad Anthony brewing co.

They have a relaxed and chilled atmosphere that is ideal for hanging out after a heavy day’s work or after a whole day of traveling.

They have weekly live music for all the music lovers with good food and other drinks.

They claim to offer the best Chicago-style pizza along with their famous unwraps and many other delicious snacks, both vegetarian as well as non-vegetarian.

They also entertain and host parties and gatherings and provide outstanding catering services. They serve various ales and lagers, seasonal beers, and craft cocktails and beverages made right there in their brewery.

Besides Fort Wayne, they have branches in Angola and Columbia City. They produce the most authentic American and European style ales with class and quality ingredients and expertise.

You could consider taking a trip to any of their taprooms with your groups and enjoy a pint of their ale while spending quality time with your loved ones.

The Fort Wayne taprooms have indoor and outdoor seating with amiable staff and a great ambiance. You could order anything from – brown ale to red rye ale or a single-hop IPA.

Order from their wide variety of lunch and dinner menus to go along with your drinks.

They also serve craft seltzer, which is a malt-flavored beverage.

These are the 10 best Fort Wayne breweries that you must visit.

If not beer, many of them also serve other non-alcoholic beverages and have great food which you can enjoy. You need to be at least 21 years of age or more to order an alcoholic beverage in most of these places.

The Fort Wayne breweries also have brewpubs, taprooms, and restaurants with a fantastic ambiance. You could go out for drinks with your colleagues, have an excellent time with your family, or plan a vacation to explore them all.

Also read: Getting Rid of a Totaled Car for Cash 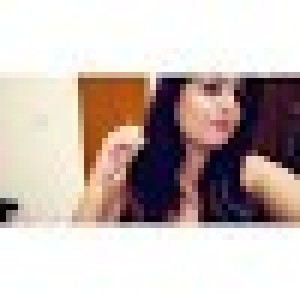