Top 11 Amazing Things to do in Salem MA 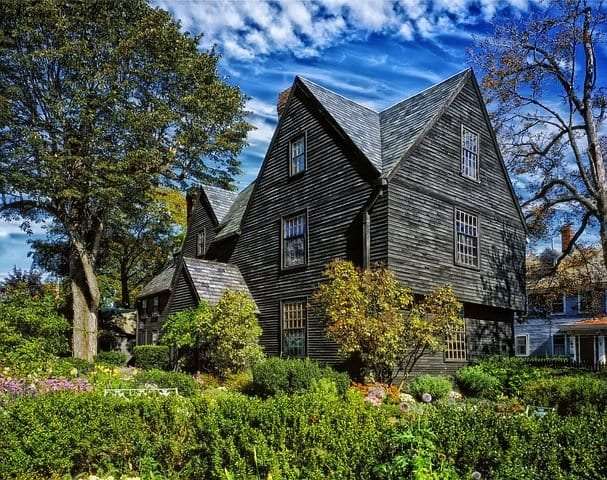 Salem is one of the most attractive destinations in the US. Situated in the Massachusetts districts, this place provides some splendid things to do, along with some wonderful, charming scenes. In this article, we will figure out in detail the best things to do in Salem MA, and why it is worth vising.

Things to do In Salem MA: Top 11 Options

Every place in this world is well-known for its respective feature. In Salem, the same thing is regarded as the famous Peabody Essex Museum, which consists of wonderful artifacts and global arts. Apart from that, I wonder the film sites from Hocus Pocus, view the Witch house, participate in the virtual costume contest, and many more are there, which come under the list of best things to do in Salem MA. Let’s now evaluate in detail.

Top 11 Things to do in Salem MA

One of the best attractions in the city of Salem is the famous Peabody Essex Museum. Many people come to this place and view the splendid artifacts and arts presented in this building’s corners.

Don’t forget to see the Salem witch trials exhibit, one of the most-watched things there. For thirty years, it is for the first time that the museum shows original but rare documents from the trails. A guidebook for witch hunters, a 1494 copy of the infamous Malleus Maleficarum, and many more exciting things are there, which you can’t see online, or from any other source.

2. Enjoy the Ride of the Salem Trolley

One of the best, or probably topping the list of best things to do in Salem MA, is experiencing the Salem trolley ride. Besides, it is also one of the best ways to view most of the city throughout the journey. Get the sight of the famous attractions including, the House of the Seven Gables, Salem Witch Museum, Witch Dungeon Museum, Old Burying Point Cemetery, and many more.

You can discover it at night when it gets transformed into Tales and Tombstones Trolley, which presents murders that happened long ago, which is indeed scary, and enough to make you have cold sweat.

3. Make Yourself Ready for the Virtual Costume Contest

As specified earlier, Halloween in Salem is a worth remembering experience to remember. In today’s digital world, a special arrangement is organized to enjoy Halloween even better. There is a contest named Halloween at the Home costume contest, where the winner gets 500 dollars.

You can also be a part of it if you visit the city in October, as the contest only takes place then. The submission portal closes on 22nd October, whereas it takes place on the 24th of the month, and finally, the winner’s name is announced on Halloween’s noon. It is regarded as one of the best things to do in Salem MA.

Another option from the list of things to do in Salem MA is visiting the Salem Witch Trials. Having its roots in Hysteria, it also bears a past story.

Approx. 200 people got the blame for practicing witchcraft, and among them, 25 died. The significant reason for this is believed that all the women there pointed fingers at each other.

Various misconceptions and myths exist regarding having a daytime walking tour in that place, with many common beliefs. However, this area permits private tours in Salem only. You may have to take special permission to go here.

5. Visit the House of the Seven Gables

Another wonderful option from the list of best things to do in Salem MA is visiting the House of Seven Gables. This building is also connected with one Nathaniel Hawthorne intimately. This is one of the oldest homes made of timber, which is worth visiting indeed.

You will experience a guided tour and learn about its past, that how it grew from a two-room, two-story house to big 17 rooms all total, acquiring 8,000 square feet, and having Georgian style of construction. You will know about its architectural evolution since the years of its growth. The real fun is where you can climb a hidden passageway, look in the walls, and find an esoteric staircase.

Overall, by coming here, you can figure out what the word “gables” means in the name “House of Seven Gables.” The grounds and the gardens are only opened at a scheduled time. You can access this place via online tickets as well.

If you are an 80’s or 90’s kid and have seen the classic Halloween film Hocus Pocus, don’t forget to wonder about the movie sites. This famous film’s shooting took place in Salem, starring the legendary actress Bette Midler.

The movie shooting sites include the Phillips Elementary School, Ropes Mansion or the Old Town Village, and Pioneer Village. These places are the shooting sports for the Halloween scenes only. Another thing is to keep in mind that October is generally considered the best time to visit Salem. It is the time when perfectly reminisce about this movie.

Moreover, Hocus Pocus and this city are adorned with many other film shooting sites, which you can wonder about, not even taking tour guides.

One of the most popular things to do in Salem MA is wandering the Salem witch museum. Even the museum is a good necessary activity for Salem, Massachusetts, in October. It is also the most visited place in the city, so don’t forget to wonder if you ever plan a trip to Salem.

The First Part of the museum tour leaves us flabbergasted. It was awe-striking with its extraordinary act about the witch hunt trials of 1692 in the dark, theatrical environment. The Narration takes place for about 20 minutes yet captivates the heart and stays in the viewers’ minds with its marveling theatrics without real humans and mere chilling recordings and grave voices.

One of the best things to do in Salem MA is vising the Witch House. This historical building of the 17th century is the only one still standing on the soil of Salem. It also bears a significant historical essence, as it directly ties to the trials of the witch. It is one of the popular destinations for tourists visiting Salem.

This house is where Judge Jonathan Corwin lived, who once sent 19 people on gallows in court. At present, visitors are allowed here to wonder the corners of the house with furnishings and architecture. You will gain a brief view of what was the life of Salem residents in the year 1692.

Another good option from the list of top things to do in Salem MA is wondering about the Bewitched statue. If you are a kind of ’70s or ’80s, you will probably be aware of Bewitched’s famous TV show, casting Elizabeth Montogomery. Several episodes of the shooting of this show took place here, which is viewed by many fans.

On the 40th birth anniversary of the sitcom, in 2005, it was landmarked by rooting a statue of Montgomery in Lapping park of Salem, which is one of the most popular and photographed substances in Salem city at present.

On the 40th birth anniversary of the sitcom, in 2005, it was landmarked by rooting a statue of Montgomery in Lapping park of Salem, which is one of the most popular and photographed substances in Salem city at present.

One of the most splendid things to do in Salem MA is wondering the charming Fall Foliage. According to many viewers, this destination in Salem MA is the most attractive place. You will be thrilled by the amazing beauty of the site and can even think of anything else once you get accustomed to that delicacy. It is also a famous shooting site for many Hollywood movies.

Going to Salem signifies you will be surrounded by colorful autumn beauty. The Fox has stated that this place in Salem downtown and the waterfront are the two best places for leaf peeping, and you can have a lovely time too while enjoying a walk at this place. However, wherever you go in the city of Salem, you will experience the charming shades of yellow, red, and orange. Still, apart from that, Fall Foliage is indeed a place where you will gain a lifetime experience by wondering its marvelousness.

Hence, you now have a fair idea of Salem and what things to do in Salem MA. Overall, it is certainly a worth-visiting place, bears wonderful destinations, and things, through which you can enjoy your trip to the fullest. Just make a decent plan, execute it, and make your journey a phenomenal one.

15 Best And Fun Salt Lake City Things To Do

13 Startling Things To Do In Boston Massachusetts

10 Best Things To Do In Oregon