In July 1868, the Dakota, Idaho and Utah territories merged to become the Wyoming Territory, making Cheyenne the capital, located in the state’s southern portion. Wyoming territory existed until July 1890.

It is bordered by Montana, South Dakota, Nebraska, Colorado, Utah and Idaho. Land, Estates, Taxes, Vital Records, Divorces, Naturalizations, Voter Registration, and Court Records are all maintained in each county.

Following are all Wyoming Counties in alphabetical order:

Albany county’s county seat is Laramie, which is also the home of the University of Wyoming. Its southern boundary is the northern Colorado state line.

Albany county is included in the Laramie, Wyoming Micropolitan Statistical Area. It is the sixth most populated county within the Wyoming counties with 36,299 population according to the 2010 United States Census.

Big Horn County’s population was 11,668, according to the 2010 United States Census. Basin is the county seat. Its northern boundary adjoins Montana’s southern boundary.

The county was formed from territories granted by Fremont county, Johnson county, and Sheridan county of all Wyoming counties. Big Horn County was called for the Big Horn Mountains, which run along the county’s eastern border.

Campbell County has a population of 46,133 people as of the 2010 census, making it the third-most populated out of all the Wyoming counties in the state.

Gillette is the county seat. On February 21, 1911, it was formed by separating land from Crook county and Weston County.

Carbon County was formed in December 1868 from Laramie County in Dakota territory, which had authority over a portion of modern-day Wyoming at the time. Rawlins is the county seat, and its southern boundary is shared with Colorado’s northern border.

Converse county’s county seat is Douglas. Albany County and Laramie County surrendered land to establish this county. It lost land when Niobrara county was formed in 1911, but in a special election in 1955, the boundaries of the county were significantly altered, and territory from Albany county was added.

Crook County is located in northern Wyoming and is the third least populated county in the list of all Wyoming counties with a population of 7,181 people (2010 USA census). Sundance is the county seat.

Crook county was formed in December 1875 by the Wyoming Territory legislature from parts of Albany and Laramie counties. It was founded in 1888. In 1911, this county relinquished property to become Campbell County.

Long before it was constituted, the region was part of areas claimed by Spain, France, the United Kingdom, Mexico, and Texas. The Louisiana Purchase in 1803 permanently secured the United States’ claim to the region.

Founded in 1913, Hot Spring County’s population was 4,696 as of the 2020 United States Census, making it Wyoming’s second-least populated out of all Wyoming Counties. Thermopolis is the county seat.

Johnson County is located in Wyoming’s north-central region. Buffalo is the county seat. Kaycee is the county’s only other incorporated town. This county is located along Interstates 25 and 90 to the southeast of the Bighorn mountains. The Powder River runs across the eastern region of this county, heading north.

Laramie County is located in the southeast corner of Wyoming. The population was 100,512 as of the 2020 US Census, making it the most populated county out of all Wyoming counties. Cheyenne, the state capital, serves as the county seat. The county is located west of the Nebraska-Colorado state boundary and north of the Colorado-Nebraska state line.

Lincoln county’s western boundary is shared with the states of Idaho and Utah on the east. Kemmerer is the county seat. Lincoln County was formed in February 1911 from land separated from Uinta County and was incorporated in 1913.

Lincoln County lost its area in 1912 when Sublette and Teton counties were formed.

With a population of 79,955, Natrona County is Wyoming’s second most populated county (2020 US Census). Casper is the county seat. Carbon county ceded the property for Natrona County.

Lusk is the county seat of Niobrara County. Its eastern border abuts the western borders of Nebraska and South Dakota. Niobrara County was formed in February 1911 from land separated from Converse county and was incorporated in 1913.

The Niobrara River, which has its origins near the county seat of Lusk, inspired the county’s name.

This county is a well-known tourist destination; its county seat is Cody. The county encompasses more than 53% of the land area of Yellowstone national park. The Buffalo Bill Historical Center, the Cody Stampede Rodeo, the western museum Old Trail Town are among the many attractions.

Platte County was formed in February 1911 from territory separated from Laramie county and was constituted in 1913. The county was named for the North Platte River, which runs through the county’s northeastern corner. Wheatland is the county seat.

Sheridan County’s population was 29,116, according to the 2010 Census. Sheridan is the county seat. Its northern border is adjacent to the Montana state line.

The land was surrendered from Johnson County to construct the county. It was named after Philip Sheridan, an American Civil War officer and renowned Native American warrior.

Sublette County was formed in February 1921 from territory separated from Fermont and Lincoln counties and was historically vital to the fur trade. Pinedale is the county seat.

Sweetwater County is the fourth most populated county out of all Wyoming counties, with a population of 42,272. Green River is the county seat. Sweetwater county is part of the Micropolitan Statistical area of Rock Springs, Green River, and Wyoming.

Jackson is the county seat. It shares the Wyoming state boundary with the state of Idaho to the west. Teton County is included in the Jackson, Wyoming-Idaho Micropolitan Statistical Area.

Teton County is one of the most famous among the Wyoming counties.

Evanston is the county seat. Its southern and western boundaries are next to the Utah state line. The Evanston, WY Micropolitan Statistical Area includes Uinta County. It formerly ran along Wyoming’s whole western border, including Yellowstone National Park.

The county was named after Utah’s Uinta Mountains, which can be seen from various locations around the county. Lincoln County was formed from the northern half of Uinta County in 1911, giving it its current boundaries.

Weston County is one of the Wyoming counties. The population was 6,838 as of the 2020 United States Census. Newcastle is the county seat. Its east borderline abuts the state of South Dakota’s west boundary line. Campbell County was founded in 1911 from parts of Weston and Crook Counties. Weston County’s borders have been steady since then.

We hope this blog was helpful for you in learning about Wyoming Counties in 2022! Check this blog out for more information on Cody, a beautiful place in the state of Wyoming.

Also check out, How to Visit Yellowstone National Park

Georgia Southern Basketball: 5 Things That Will Leave You Amazed and Surprised

15 Most Wonderful Chicago Souvenirs And Where To Find Them 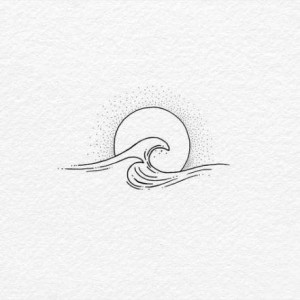 Georgia Southern Basketball: 5 Things That Will Leave You Amazed and Surprised