On 16th May 2022, Houston, Texas witnessed a flea market shooting which is said to be one of the most deadly shooting cases in the US in 2022 as there were multiple shots fired leaving two people dead and three in a critical condition. Deputies also recovered two pistols and 2 suspects at the place of the incident.

The incident comes just after the mass shooting at the New York supermarket, Buffalo, by an 18-year-old on the 15th of May, 2022 which is said by officials to be an attack motivated by racism. And less than an hour after the Houston shooting case, a similar case was seen at a California church.

Place of the incident-

People went out to enjoy their Sunday afternoon at the flea market and some with their families just like any other weekend.

But an altercation at the open market arose around 1 pm which was 14 miles north of Houston downtown on Sunday, 15th May 2022, as tweeted by Harris County Sheriff’s official Ed Gonzalez who tweeted about the same.

As people arrived to have fun at the Houston flea market there was a fight between two groups which soon became an altercation leading to a shooting. Multiple shots were fired which lead to two people dead and 3 injured. All 5 of them were Hispanic men.

According to Houston County Sheriff’s Office, the 5 people injured and killed were involved in a fight, some of them went back and bought guns and open fire at the market.

As informed by the sheriff’s office they also made it clear that the incident was “not a random violence.”

According to the sheriff’s office, the people in the fight pulled out guns and shot causing panic in public where children were also present as families were enjoying their weekend.

After deputies got informed, they found 2 already dead by the time they arrived at the location, after the call, whereas 3 were severely injured and were hospitalized and in critical condition.

The deputies recovered at least two guns at the scene on their arrival, shortly after the incident.

The sheriff’s investigators are still trying to know the reason which led to this fight which developed into people getting killed.

Remarks by an official-

Major Susan Cotter of the Harris County Sheriff’s office informed that a group of men got into an argument and then some of them started shooting.

She also confirmed that two men in their 20s had died at the scene where one was lying on the ground in the parking area making a disturbing scene for the people around.

She expressed grief by saying that “it’s very tragic” as so many people were there including one’s up and down the airplane, all “just trying to come out and enjoy the flea market” and have something to eat or drink.

Cotter also added that it was very fortunate that no innocent bystanders were shot or hit.

Although the investigation is still going on, and deputies said that some people fled the scene of the shooting before their arrival but two people were already detained and the third possible suspect is said to be one among the three critically injured people.

Other than those five, another person, namely Angel Flores-Lopez, a 27-year-old, who was said to be not among those who got injured was seen in video evidence taking the gun off the waistband of a shooter and hiding it. He got arrested and charged with tampering with evidence and an alleged role in the shooting according to the officials of the sheriff’s office.

He is also not a first-time criminal. He has a history of it since 2011 including marijuana possession and tampering with government records.

One of the two men who died in the altercation at the north Harris County has been identified by Houston ABC station- KTRK, as 29-year-old Juan Romero.

His sister, Yeraldi Romero informed KTRK that Juan went to the flea market for an enjoyable weekend with his cousin who is one of those injured and hospitalized.

She says “This tragedy happened and I don’t know why”. She also added that Juan was a happy and joyful person who made people laugh and that she looked up to him as he was the older brother of her’s and it was difficult for the family to cope with his sudden death.

Dolores Guerrero, a person who often visits the area found it disturbing and ‘scary’ to hear about the incident. She adds that visits the area during weekends as it has many attractions including clubs, markets, and restaurants. She recalls how she had never visited the exact place where the fight happened until she arrived for a weekend activity and found the building blocked by Harris county sheriffs with a crime scene tape all around.

Besides possible harm to the people around, it also disturbing to note that there were families, including children who had to witness such a view on a day that was supposed to be fun for them. Witnesses report that after the shooting, people tried to find something to cover themselves.

The harm caused to the people involved in the altercation also makes this whole incident more disturbing since it can happen anywhere with any person and death is not something one can foresee in a fight that happens usually. 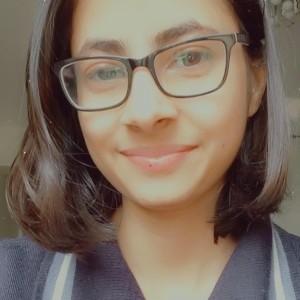